Nick and I went up to Oatlands for the day to see unbeaten Bothwell Rabbits play Campbell Town Robins in the 2022 Oatlands District Football Association grand final. I have paid a lot of attention to the ODFA this year because after a few years on the wane it grew from five to seven teams in 2022. Oatlands itself was back, and my faves Woodsdale also came out recess.

It's true Oatlands did not win a game all year, and Woodsdale only beat Oatlands. But you have to start somewhere, and both clubs seem really well set up for future success. In a five-team league last year Campbell Town also went winless, and yet here they are in a grand final 12 months later. That's country footy. 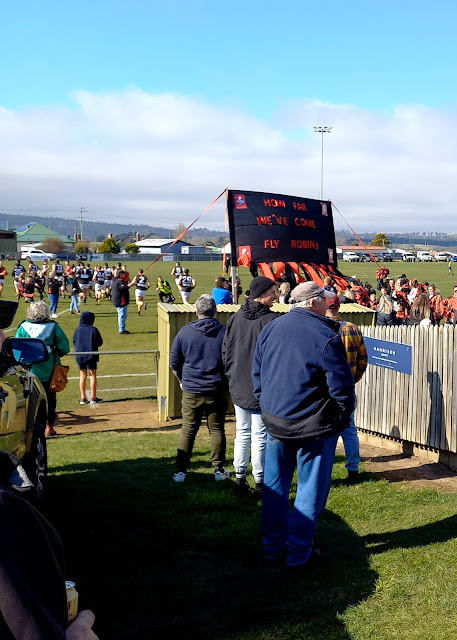 We had to queue to get into the ground because the process of paying for admission, a Footy Record and some lucky tickets was so inefficient. Possibly the first queue that's been seen in Oatlands for a while. It was a warmish late winter day so everyone was in good spirits.

I had guessed that as hosts of the grand final (every year since 1979), Oatlands would have a state of the art electronic scoreboard by now. But, we were delighted to see the old faithful is still there! 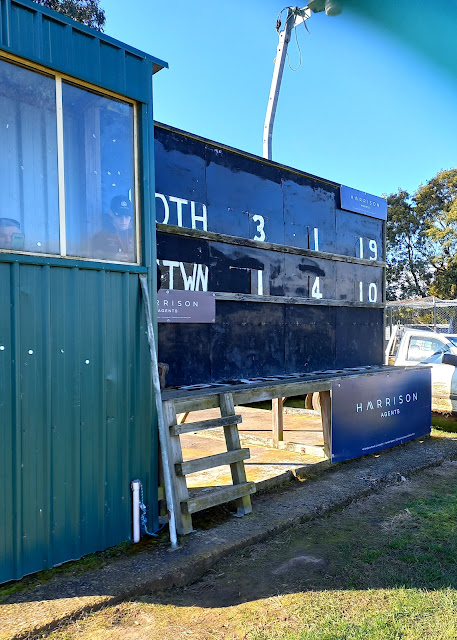 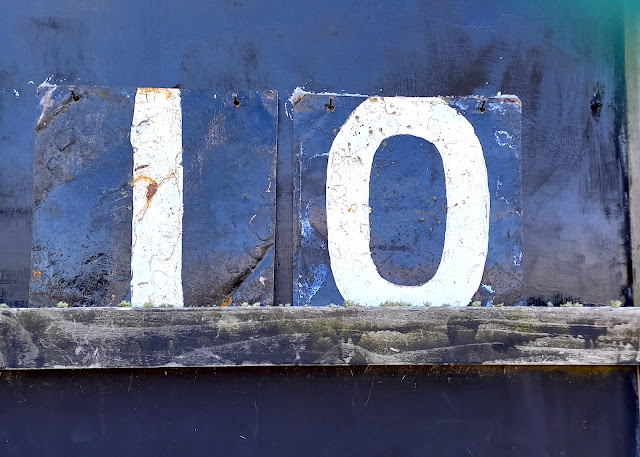 Woodsdale FC had responsibility for running the canteen and the scoreboard on the day, and I chatted to the scorer who I think was John Treasure. In 2007 Roar Film made a 4-part TV series about country football called Alive and Kicking which featured John and his club’s run to the grand final.

Before play we settled behind the northern goals, peppered with local lads kicking miracle goals from the boundary line. A little toddler was nearly smacked in the head by a ball descending from a great height; her mum or auntie who'd been crouching by her turned and yelled at the boys "you nearly hit me on the arse!!"

Bothwell started better and kicked straight. We expected to see Tyler 'Snork' Ford run riot at some stage – he kicked 24 in one game earlier this year. An extraordinary looking young man; about 6 foot but skinny as a rake. He kicked two but never got off the chain. 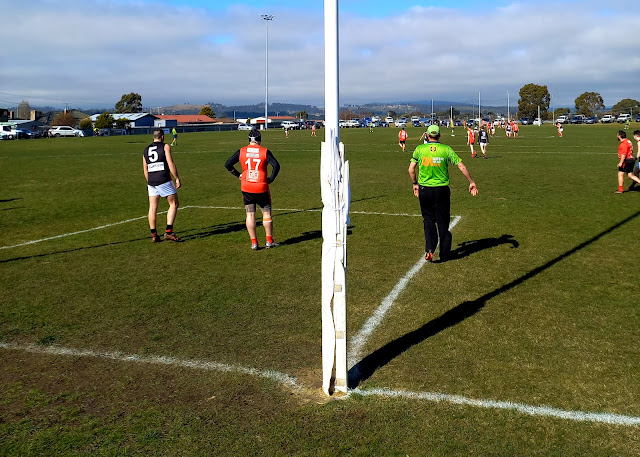 Late in the first quarter Campbell Town bottled the ball up in attack but didn’t kick straight. And that was it for the day really; the Rabbits looked sharper, had more bodies at the fall of the ball, took their chances and just edged away each quarter. We watched from various points. 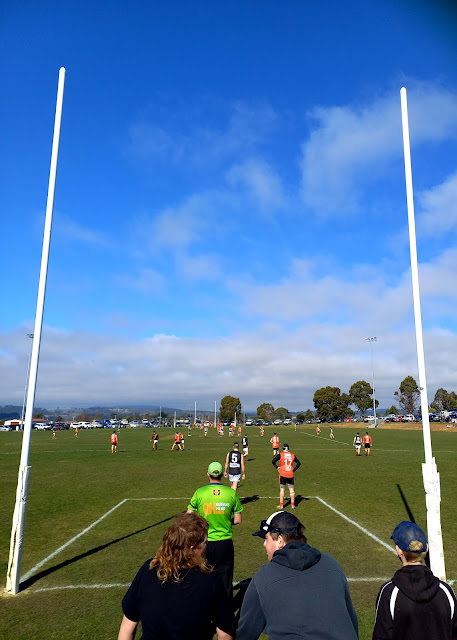 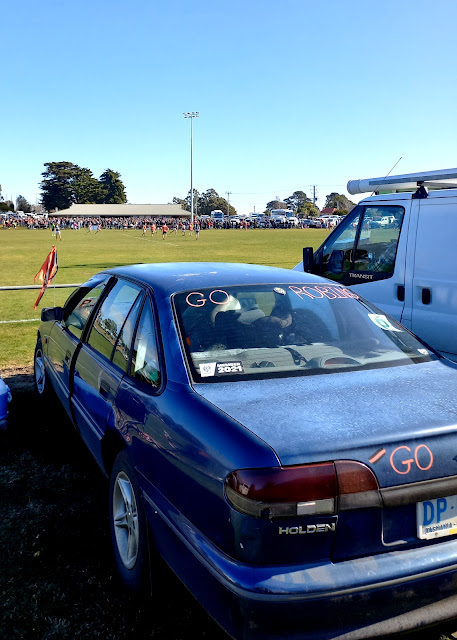 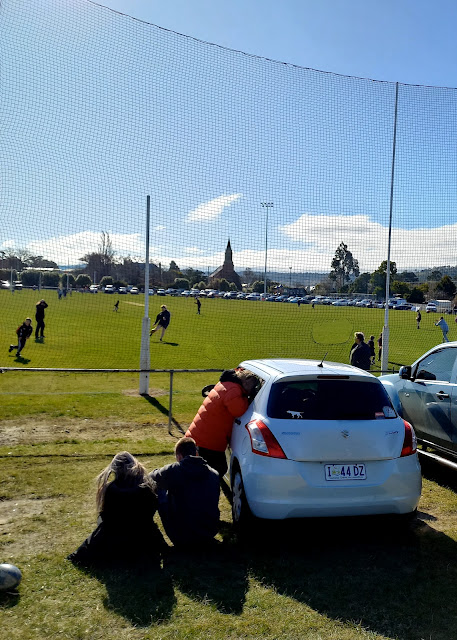 At half time we joined a big queue and got pies and coffee. More than any other ground I’ve been to, this was a drink-and-smoke-anywhere venue. I’d guess the crowd at 1200. With both sides in red and black it was hard to tell who was supporting who but there was enough club merch to tell that Campbell Town had brought a fair contingent down the road for the day. 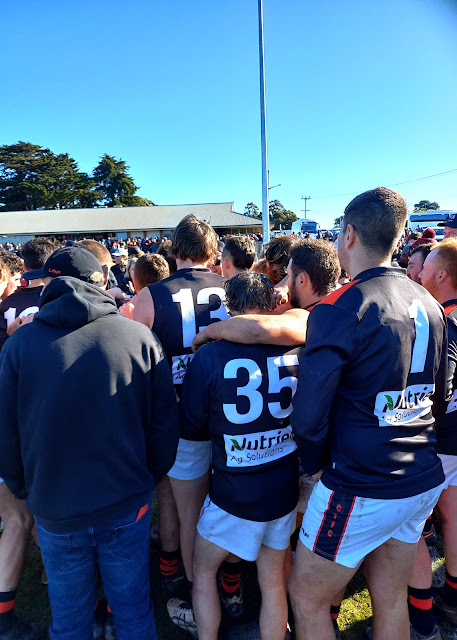 The 2nd half played out like the first and the Robins never seriously threatened, and Bothwell's 7th ODFA flag was richly deserved.

Swansea were a late withdrawal for this season, but hopefully the Bulldog Swans will take the field and bring it up to an 8-team comp in 2023.